Are they battling the virus or the vaccine through “shedding?” These stories are getting too much attention for even the lamestream media to ignore. Of course in the future they will blame all those who will not get vaccinated for the millions upon millions of deaths worldwide and coming to a city near you.

The Bible is clear on the numbers of deaths from the plagues in the last days. The most important decision a person can make is whether or not they believe Jesus Christ and Jesus Christ alone is God Almighty and he left heaven to die on an old rugged cross for the sins of the entire world and for that belief, God gives the incredible gift of Eternal life.

The word is nigh thee, even in thy mouth, and in thy heart: that is, the word of faith, which we preach; 9That if thou shalt confess with thy mouth the Lord Jesus, and shalt believe in thine heart that God hath raised him from the dead, thou shalt be saved. 10For with the heart man believeth unto righteousness; and with the mouth confession is made unto salvation. 11For the scripture saith, Whosoever believeth on him shall not be ashamed. 12For there is no difference between the Jew and the Greek: for the same Lord over all is rich unto all that call upon him.

Don’t die without Jesus or you will wish you had never been born. 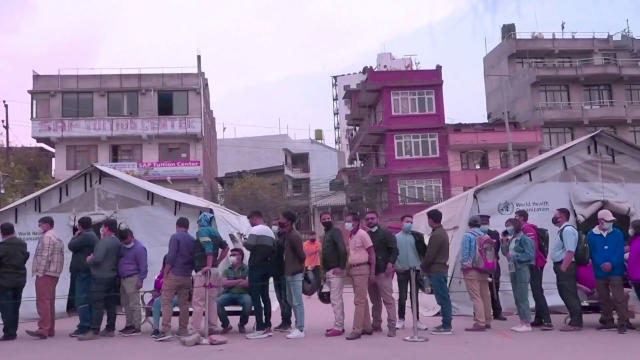 India became only the third country to record 300,000 Covid-19 deaths on Monday amid growing fears about a potentially fatal fungal infection striking some of those who have battled the virus.

Over 8,800 total cases of the so-called black fungus, known as mucormycosis, have been recorded across India, the country’s minister of chemicals and fertilizers, Sadananda Gowda, said in a tweet Saturday.

Although Gowda did not share the official number of deaths caused by mucormycosis, The Associated Press reported that local media had found that more than 250 people have died as a result of the disease.

Experts told the AP that they had seen only a handful of cases per year of mucormycosis in India prior to the country’s second wave. This has further stoked fears that the fungal infection has dire effects on Covid-19 patients.https://www.nbcnews.com/news/embedded-video/mmvo111766597954

India recorded over 4,454 Covid-19 deaths Monday, becoming only the third country to reach over 300,000 total deaths, after the United States and Brazil, according to official data. It also reported 222,315 new cases Monday, adding to a total of over 26 million cases.

Mucormycosis has appeared in both current and recovering patients of coronavirus, causing blurred vision, chest pain and breathing difficulties.

The disease spreads through the respiratory tract and is especially harmful to those with weakened immune systems and underlying conditions, and as doctors in India are finding, in coronavirus patients who had been treated with large quantities of steroids.

Download the NBC News app for breaking news and politics

SK Pandey, a medical officer from the Indian state of Uttar Pradesh, told the AP that this was especially apparent in rural areas and smaller cities, where unqualified doctors were prescribing steroids improperly.

“This has led to increase in black fungus cases in smaller cities where the patient has not even been hospitalized,” he said.

Mucormycosis can be life threatening if it reaches the brain, so doctors are having to surgically remove the eyes of patients to stop the infection from spreading too far, according to the AP.

Indian Prime Minister Narendra Modi said in an online video conference Friday to health care workers in the Indian city of Varanasi that the disease was a new challenge.

“We should focus on precautions against black fungus and step up efforts to deal with the challenge”, he added.

However, there have been some signs of infections slowing down, with less than 300,000 daily cases in a week being recorded, compared to daily counts reaching over 400,000 earlier this month.

Experts still fear that the number is a vast undercount, and that the real figures may be between five to 10 times higher in the country with a population of over 1