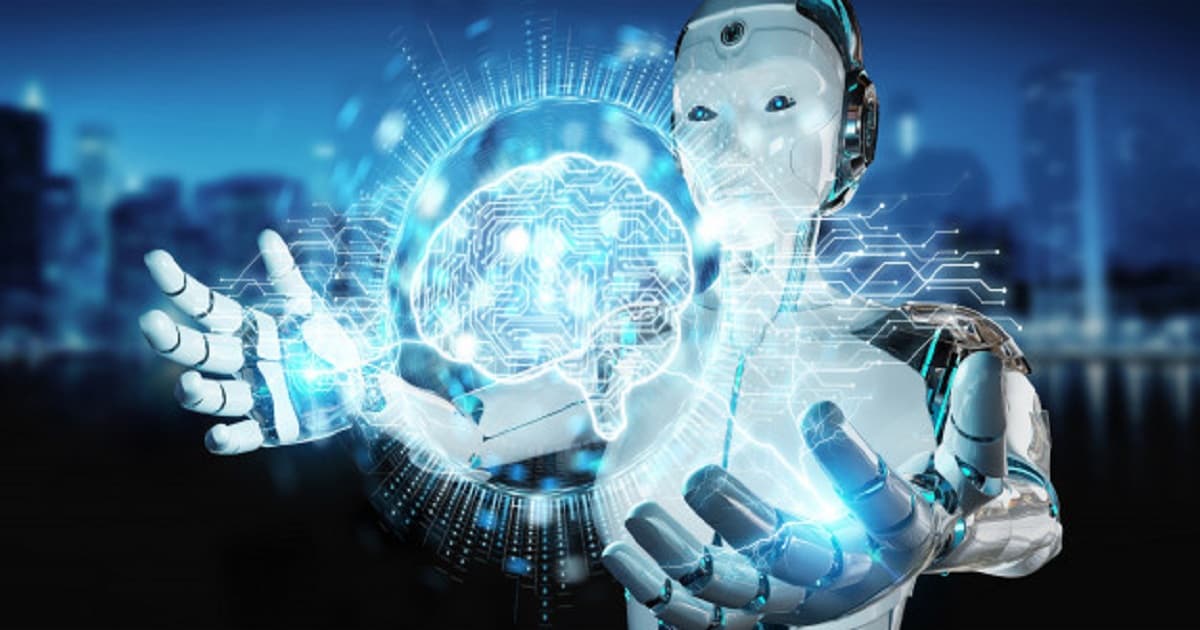 “Human Augmentation – The Dawn of a New Paradigm”

British and German defence ministries
are collaborating on transhumanist research.

“If these evil billionaires get their way,
humanity as we know it will cease to exist
and the remaining mutants will be devoid
of both morality and free will.”

It’s never been about health. COVID-19 is easy to treat. It was always about using fear and mass psychosis to get 7 billion people to willfully get injected with the technology that would permit them to be hooked up to computers.

It seems taken straight from a science fiction movie, but the process of human augmentation has already begun without the public realizing:

“It could be argued that treatments involving novel vaccination processes and gene and cell therapies are examples of human augmentation already in the pipeline.”  (page 13.)

Much of this information is similar to a previous article covering the transhumanist agenda of GESDA, chaired by World Economic Forum vice president Peter Brabeck- Letmathe, and the Canadian government.

The same globalists trying to force covid vaccines on the population and plotting their Great Reset are openly discussing what they call “biodigital convergence,” which the Canadian government describes as “the interactive combination, sometimes to the point of merging, of digital and biological technologies and systems.”

This document as well as the publications from GESDA and the Canadian government report on “Biodigital Convergence” camouflage their sinister agenda with benign uses of human augmentation technology: using nanotechnology or 3D bioprinting to create artificial organs and limbs or synthetic blood, implants to restore sensory and motor function, as well as genetic modification to treat or prevent disease and extend lifespan.

However, these technologies can be used for the creation of new species, mass surveillance on an unprecedented level, mind control via brain interface technology, and biological warfare capabilities which surpass anything currently imaginable.

Elon Musk’s Neuralink company is working on implantable brain chips and the widespread use of mRNA injections.

The UK document explains that the “marriage of data collection and analytics is the foundation of future human augmentation”.

The potential military uses of human augmentation are even more horrifying, particularly as many countries are becoming increasingly authoritarian and police and military are being deployed against peaceful protesters and dissidents.

“Genetic modification has, by far, the greatest potential for human enhancement. According to the United States Defense Advanced Research Projects Agency (DARPA), genetic modification could be used to create super soldiers who ‘kill without mercy, do not get tired, do not show fear and behave more like a machine than a human’.”

And combined with pharmaceutical enhancements, brain interface connecting the soldier to the command center or AI, and external enhancements such as an exoskeleton, this will lead to the creation of “super soldiers”. 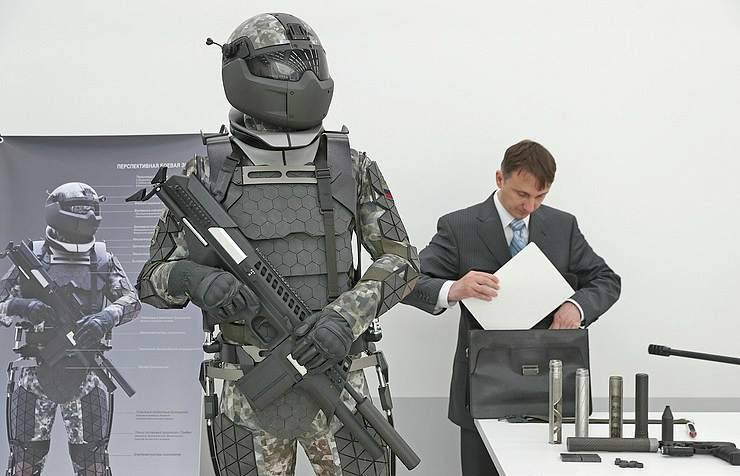 In 2018, Russia revealed the Ratnik-3, a heavily armored exoskeleton system powered by motors to facilitate movement with the large amount of added weight. Exoskeletons are being developed to increase speed and strength as well as protect the user from injury in combat scenarios.

Sensory augmentation will give people new senses such as seeing through walls, detecting vibrations or magnetic fields, and infrared vision.

“We want ‘war fighters’ – whether they be cyber specialists, drone pilots or infantry soldiers – to be stronger, faster, more intelligent, more resilient and more mobile to overcome the environment and the adversary.”

In recent protests, police have been overpowered, stood down, or even joined in the protest themselves. These guys won’t, and they will be exactly as brutal and merciless as their controllers demand.

“Designer viruses and diseases could be designed so that they are highly volatile and mutative, making it very difficult to produce effective countermeasures, or extremely personalized to target specific groups of people, possibly even individuals”.

The use of biological warfare is outlawed under the 1972 Biological Weapons Convention, but that hasn’t stopped the British and German military from developing it.

This gives us some insight into the “gain-of-function” research which is now the official origin of the covid-19 virus.

Advanced technology is a double-edged sword. It can be used to benefit us, but it can also be used to oppress or destroy us.
—-

It’s cold as hell over here, around -20.  There isn’t really anywhere to go, I go out for walks and to buy groceries, occasionally go to someone’s house.

For me the lockdown doesn’t even change anything because I was already banned from society.  All the places that require vaccine passports are shut down, complying with tyranny got these fools nowhere.  Malls are still open but I have no interest in going there, I can shop online if I need to.  I don’t even like looking at people wearing masks.

It’s funny, I was on house arrest when I was 20 and I wasn’t at home half as much as I am now.

It seems like this society is finished, a lot of people have been trauma-brainwashed by the media and gov’t and will never get back to normal.  Lots of businesses shut down over the last two years and vax passports were hurting sales, another full lockdown is the final nail in the coffin for many.  Trudeau is running the country into the ground, banning unvaccinated truckers from crossing the border freely when we already have severe supply chain issues.

Last I heard there were more deaths from suicides and overdoses than from covid.  Lots of people have mental problems, lots of kids will never become functioning adults because they are being raised by neurotic hypochondriacs.

I don’t understand why any immigrants would still want to come here, unless they have no idea what is going on.  Canada is becoming a frozen third world shithole, and with the massive debt and climate change scam that all elected federal politicians are supporting. It will be a long time before we get back on track – if ever.
—