(The March of Genocide)
“If your children get the vaccine, they  will  be  shot  up  not  only  with  dangerous  and  untested  mRNA  technology  spike  proteins  and graphene adjuvants, they will at the same time be shot up with heart-attack drugs originally created for old people and untested on five-year-olds.”

Comment from Truth Searcher: There are six things that the Lord hates, seven that are an abomination to him: haughty eyes, a lying tongue, and hands that shed innocent blood, a heart that devises wicked plans, feet that make haste to run to evil, a false witness who breathes out lies, and one who sows discord among brothers.

“I wonder what God thinks of abortion and these vaccines from hell?”

Almost no one is noticing that the vaccine approved for children is Pfizer’s Biontech vaccine, which IS NOT  fully  approved  for  adults.

If Cominarty is the same as Biontech, why not fully approve Comirnaty for children, as it is for adults?  It makes no sense.

You will say it is because Comirnaty hasn’t hit the market yet, but if so that proves two things: there is no full approval of any existing vaccine, and the whole announcement was nothing more than a fraud.

Most people think the vaccine for adults has full approval, but they have been conned.

The vaccine they are getting is Biontech, which does not have full approval and which has no legal backing.

Pfizer is still exempt from all lawsuits, with both children and adults. Beyond  that,  we  are  now  finding  out  the  Pfizer  vaccine  for  children  is  NEITHER  Biontech  nor Comirnaty, since its list of ingredients is admitted to be different than either one by the CDC and FDA. 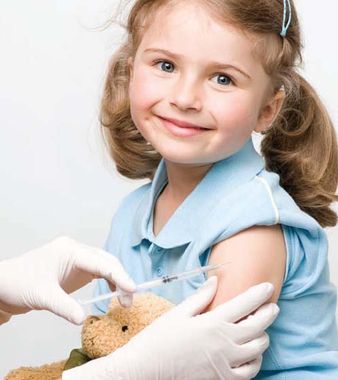 A vaccine is defined by its list of ingredients, and if that list changes it is no longer the same vaccine, by definition.   They have added an  important new  ingredient, that being an anti-heart-attack blood thinner Tromethamine, to combat blood clotting.

So the vaccine for children is even more dangerous than the vaccine adults have been taking, with an extra poison in it.

If your children get the vaccine, they  will  be  shot  up  not  only  with  dangerous  and  untested  mRNA  technology  spike  proteins  and graphene adjuvants, they will at the same time be shot up with heart-attack drugs originally created for old people and untested on five-year-olds.

Five year olds don’t normally get heart attacks, do they, so there would be no reason to have previously tested Tromethamine on them.

So they appear to be mixing drugs with counter-indications, in some wild attempt to cover their ass on blood-clotting, and they are using our children as guinea pigs for this insanity.

But what do they care: they aren’t liable for any of this.  Every child in America could die a horrible death and they would still make billions scot-free.  They have already murdered tens of thousands of people and aren’t being hunted with pitchforks, so they figure the sky is the limit on murdering for profit these days.

And while the head of Pfizer is calling people who question his vaccines criminals, many countries in the world are banning it or pausing it, due to the extreme harm being done.

Mainstream outlets have admitted major problems with the Pfizer vaccine from the beginning, including this msn.com article from February and this Daily Mail   article from March.

That last one admits Pfizer has been linked to more blood clots than AstraZenena, though AstraZeneca  has  been banned or paused in many more first-world countries.   Why?   We may assume bigger payoffs or arm-twisting.

Officials in Italy are quoted  admitting  it  is  political,  which  means  it  is  based  on  corporate  pressure,  of  course,  which  is normally wielded through money. The Daily Mail article itself is an example of this, since it goes on to claim that no vaccine has any unusual risk level, and that there is no link between the vaccines and the clots.   What?   They seem to be saying A and not-A in the same article, which is again indication of multiple  writers  and  corporate  arm-twisting.

This is also informative: Pfizer not only required a liability waiver from countries like Argentina and Brazil, it required collateral and guarantee funds, with assets like banks and military bases being put up as seizable assets.

So if you wondered why things went south with Bolsonaro, now you know.  He was targeted by Pfizer for not following orders.  The entire Western Hemisphere is now just a puppet and banana republic of Pfizer.

So this is just one more crime in a chain of outrageous crimes against humanity.  You may say anyone stupid  enough  to  accept  one  of  these  vaccines  deserves  what  he  gets,  but  that  isn’t  the  case  with children, who aren’t making their own decisions here.

They are absolute victims, both of this crime against humanity and of the ignorance and gullibility and misplaced trust of their parents.————————–