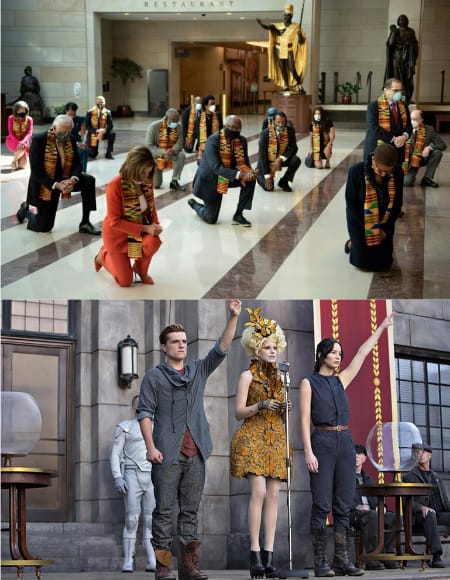 Reality itself is under assault.
If the world resembles
a bad sci-fi movie,that’s because it is one.
Cabalists (Satanists) “create their own reality”and IMPOSE IT ON US.

We are extras in a moviewritten, directed and produced by psychopaths.Movies like The Hunger Games
are not predictive programming.
They are blueprints.

Satanism is based on inverting morality,
upending reason, and indulging
their mostdepraved fantasies.

This is how they worship Satan. We are being inducted into their satanic sex cult.

They think their depravity will be the norm. (They control and exploit by corrupting us.)

Humanity is a white stallion bloodied and besieged by rabid wolves.

“Rovism posits that there is no objective, verifiable reality at all. Reality is what you say it is … “ Karl Rove— Neal Gabler, Los Angeles Times; October 25, 2004

“There is no objective, verifiable reality at all. Reality is what you say it is.”

This is the essence of Jewish Satanism, or Cabala, which is also the basis of Freemasonry. Rove undoubtedly was a Freemason like most of the political class.
Thus Joe Biden asked the Afghan President to “change the perception” of the Taliban threat. He called America’s ignominious withdrawal from Afghanistan an “extraordinary success.”

The point is that current events are invented in the same way as a movie script is written. They are imagined. These “scenarios” become “simulations” which become “reality.”  Scripting is also called “modelling.”

(left, “The pandemic represents a rare but narrow window of opportunity to reflect, re imagine, and reset our world.” Darth Swab – Founder and Executive Chairman, World Economic Forum)

We are extras in a film written by psychopaths who want us gone. The scamdemic is a fraud designed to trick people into taking a vaccine that will sicken or brand them or both. They imagined this dystopian farce and are carrying it out step-by-step.

In their own words: “In 2009, The Rockefeller Foundation conducted an exercise to explore the future of technology in development and identify ways to better respond to emerging challenges. The results were captured in a report that includes several plausible scenarios that could impact millions of people around the world. One such scenario, “Lockstep,” described a fictional pandemic that would infect 20% of the world in 2012, killing eight million people in just seven months.

“Now that we’re well into a real pandemic, we see some chilling similarities between our current Zoom-centered world and Lockstep. The report predicted that telepresence technologies would “respond to the demand for less-expensive, lower bandwidth, sophisticated communications systems for populations whose travel is restricted.” Other predictions were off, including the emergence of MRI technologies to detect abnormal behavior with anti-social intent.

“While baseless posts have circulated recently calling the exercise part of a “diabolical plan for world domination,” we see it as further evidence of the importance of scenario planning in helping governments, institutions and others navigate near-term decisions that can have long-term impact. Our hope then – as it is now – was to focus on what we don’t know so we could make better plans to address a real pandemic, such as the one we’re facing today.”   (“Real pandemic” cough cough)

https://issuu.com/dueprocesstv/docs/scenario-for_the-future
2. UK scriptwriters like Neil Ferguson plot “scenarios” for British enslavement and go-fers like Boris Johnson carry them out.

3. CDC and FDA Admit Their Policies are Based on a “Contrived” Model, not a Virus

“The phoney pandemic is the pretext for a marketing campaign for a vaccine that will cause widespread sickness and death.” 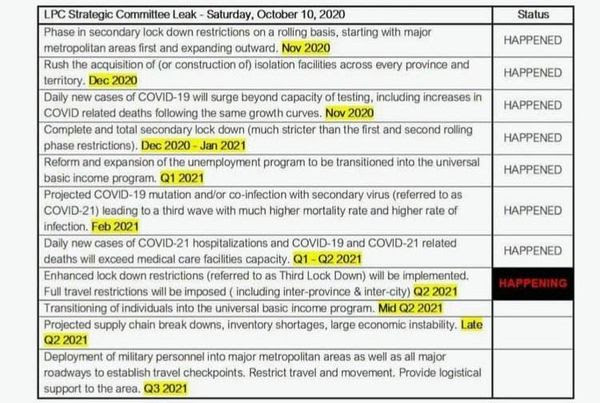 6. Coronavirus is another Live Drill.

Hospital spokesman is a simulation Expert. Mike Pompeo said it was “live exercise” and refused to deny it was a hoax.

“Reality is what you say it is.”
It would not surprise me if human history is shaped by “scenarios” or “scripts” which become mission statements and self-fulfilling prophesies. The Old Testament, for example, is a scenario for Jewish supremacism.

The Book of Revelations is not God’s plan but rather a Cabalist Jewish “End Times” scenario to trick people into embracing their genocide, thinking it is a Biblical prophecy. Books like Brave New World and 1984 were not prophecies but blueprints. They are coming true.

I would not be surprised if the world wars, the Great Depression, the Cold War were all scripted to advance the New World Order. (“Are World Wars Orchestrated?”)

Scripts are not confined to historical events. Romantic love has been pounded into our heads by movies and popular music as a surrogate satanic religion. Sexual intercourse is the supreme sacrament. We are all chasing this chimera while our freedom is taken away. 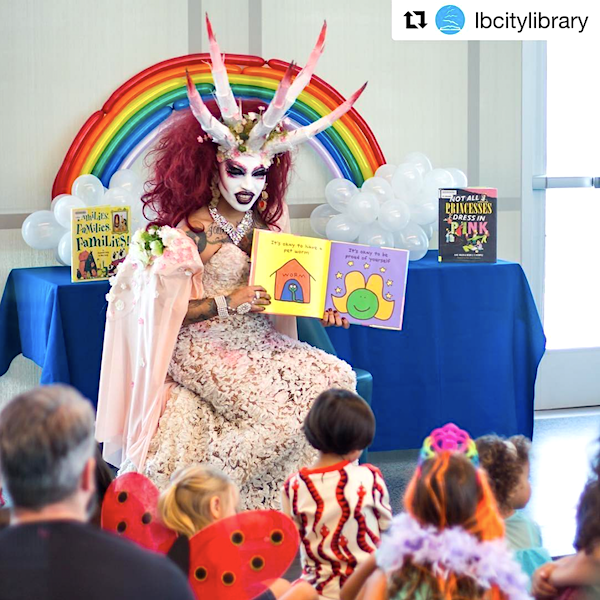 Another “scenario” is money. Money ultimately is a mind game.  Between sex and money, who has time to care about freedom and if our children are being vaccinated or groomed for pedophiles?

DOES THINKING MAKE IT REAL?

This is how wars are sold. “Weapons of mass destruction.”

The Cabalists made a point of controlling information, thought and discourse so they can bend the world to their wll.

They have tried to convince us that “reality” is unknowable, that it is all happening in our heads, everything is a point of view, preferably theirs.

Satanism is all about inverting reality: lies are truth, injustice is justice, ugly is beautiful, unnatural is natural, sick is healthy etc.

They have taught us to hate the word “God” because He is the competition. He is Reality, i.e. the spiritual ideals that they are upending.

We need to expose the Cabalists for charlatans, and promote a counter-narrative.

I like Jesus’ teachings in the New Testament. They are the basis of Western Civilization.

Mankind is one family. God is Love. “Do unto others..” 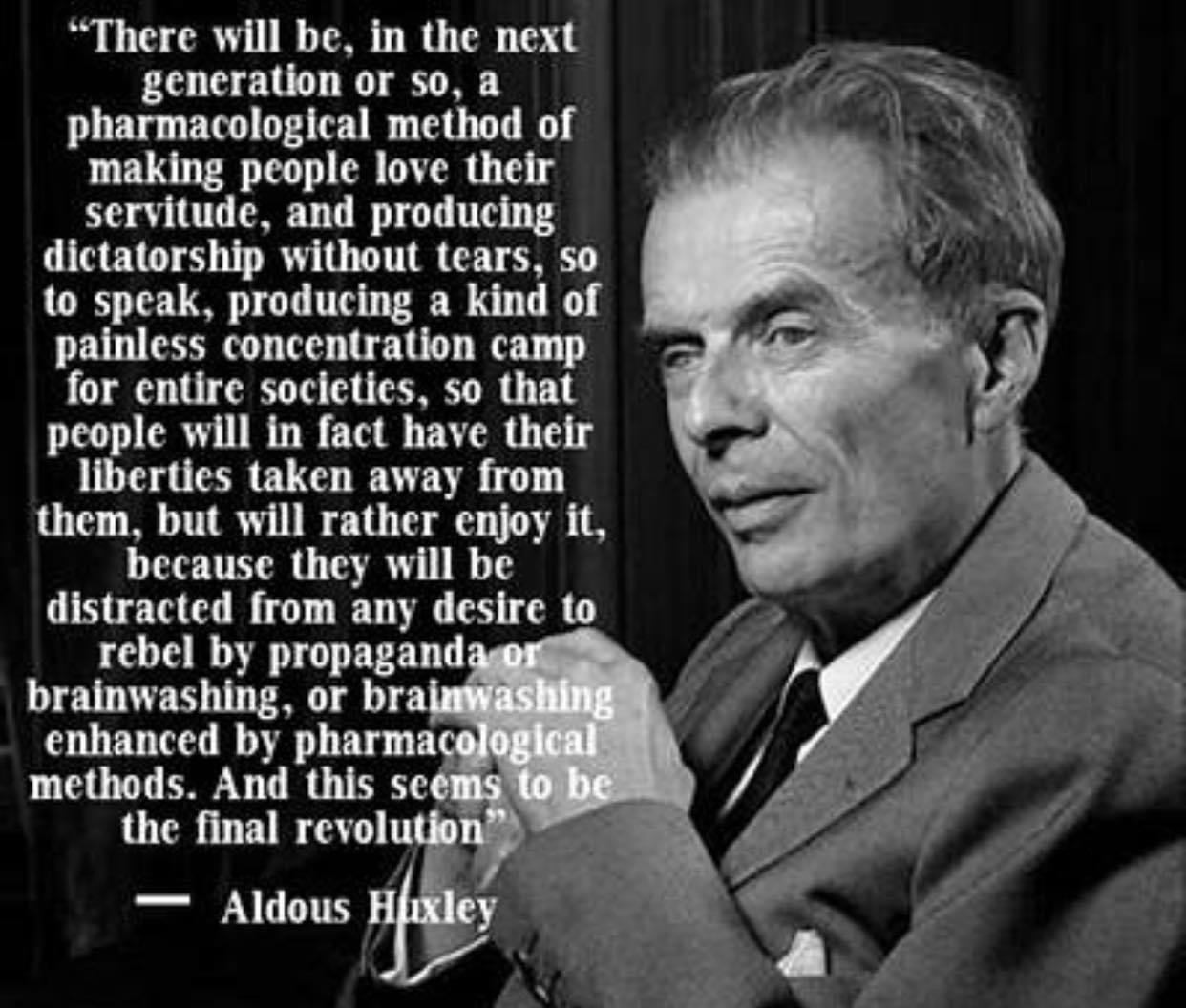 We were made in God’s image which means we each have a spark of Divinity, our souls. Human life therefore is sacred.

We are on a scale between ape and angel.

“Be ye therefore perfect, even as your Father which is in heaven is perfect.” (Matthew 5-48)

We are unconscious (asleep) i.e. satanically possessed.
God’s Plan must replace the delusions of psychopaths. Our focus should be on celebrating the Creator and discerning His intentions. That is the essence of religion.

No matter how much they lie, Truth cannot be denied.
—
Related — Here is the Agenda 21/2130 Script

The world isn’t simply mad; it’s actually a contrived, perverted artistic creation.  The big perspective on this that you have arrived at is very compelling.

I was in Australia and New Zealand before the 2016 American election.  The media there, on the other side of the world, were obsessed with the existential threat that a Trump presidency would pose.  It made no sense to me.  I smelled a rat.  The international monopoly of “news” appeared to be setting up some kind of stage play at the global level.

Trump is just a bit player–a former Democratic financial backer who has been conscripted to serve as a Pied Piper for the gullible disaffected who, clinging to their own comfortable impotence, are desperate for a saviour.  When you suggested in another article that Hitler played the same role in the 1930s–i.e., that of a puppet in a planned world scenario–a light went on for me.  I had encountered this notion previously, but the management of the Trump phenomenon caused it finally to click in my mind as an accurate interpretation of what is going on.

And I agree with you about the Book of Revelation, which in the light of the Gospels seems like a prime example of cognitive dissonance.

The people who design the world they want through their monopoly on money creation operate in a conceptual world that the profane, seeing through the lens of controlled media, cannot even imagine