(Evelyn de Rothschild and Moose. These people control the world.)We face an occult force dedicating to destroying civilization.
The plandemic is inspired by the satanic doctrine of “Creative Destruction” found in Cabalist Judaism & Freemasonry.
This requires the destruction of the old order which was dedicated to fulfilling God’s Will.

Then, the “Great Reset” will create a “New World Order” dedicated to serving Satan.  Hell on Earth. Satanism. It’s time to stop parsing their lies and focus on the OCCULT nature of the challenge we face.
Humanity suffers from a debilitating cancer. Satanist Jews and Freemasons control our blood supply (the banking system.)  They have leveraged their control over government credit to subvert every social institution: government, media, education, religion, medicine, law.  Their Communism is the control of every facet of human life.

In The Controversy of Zion, Douglas Reed writes, “The Protocols [of the Elders of Zion] elevate the theory of destruction to this status of “a fundamental truth, a primary or basic law, a governing law of conduct’… In many passages, the Protocols appear, at first sight, to recommend destruction as a thing virtuous in itself, and consequently justifying all the methods explicitly recommended to promote it (bribery, blackmail, corruption, subversion, sedition, mob incitement, terror, and violence) which thus become virtuous too.” (p. 211)
J. Edgar Hoover, The Elks Magazine (August 1956).
Yet the individual is handicapped by coming face to face with a [Communist] conspiracy so monstrous he cannot believe it exists. The American mind simply has not come to a realization of the evil which has been introduced into our midst. It rejects even the assumption that human creatures could espouse a philosophy which must ultimately destroy all that is good and decent.”

I just subscribed to this Zionist news site. The confirmation email was from “Creative Destruction Media.”

(Editor’s Note. I just posted this six months ago but people have short memories these days. This needs to be reread often. We need to wake up to the enemy’s real occult nature.They smile and lie to your face while they stick a knife into you. They call decadence and death “progress.” Snap out of it folks. We’re dealing with Evil incarnate.)

The Doctrine of “Creative Destruction” provides a key to understanding the gratuitous destruction wreaked by lockdowns, mask orders, etc.

According to the Kabbalah, which is the defining doctrine of Judaism and Freemasonry, “Evil and catastrophe [are] endemic factors in the process of creation. Without evil there could be no good, without destruction, creation could not take place.”(Kabbalah: An Introduction to Jewish Mysticism, by Byron L. Sherwin, p. 72.)

Cabalists believe the Old (Christian) Order must be ruthlessly destroyed before the New (Satanic) World Order, based on the Kabbalah, can be built.

Hence, the Illuminati motto: “Order Out of Chaos.” Hence, the Communist Manifesto advocates the destruction of nation, religion, and family and the transfer of all private wealth to the Illuminati bankers, in the guise of the state.

The Doctrine of Creative Destruction explains why war and revolution have been characterized by gratuitous genocide, terror, and destruction.

It explains the banishment of God from public discourse and the widespread acceptance of obscenity, pornography, and the occult. It explains the attack on gender and the promotion of homosexuality to heterosexuals.  It explains the spate of false-flag terror that is a hallmark of modern life.

The present-day Illuminati grew out of the satanic “Sabbatean-Frankist” Jewish heresy in the 17th and 18th centuries. The bankers and half the Jews of Europe adopted this pestilence and spread it to the Gentile elites through Freemasonry.

Thus, Illuminati Jews characterize the “Jewish” role in terms of the destruction of civilization.

For example, in the book “You Gentiles” (1924) Maurice Samuel writes:

“In everything, we are destroyers–even in the instruments of destruction to which we turn for relief…We Jews, we, the destroyers, will remain the destroyers forever. Nothing that you will do will meet our needs and demands. We will forever destroy because we want a world of our own.”  (p. 155) 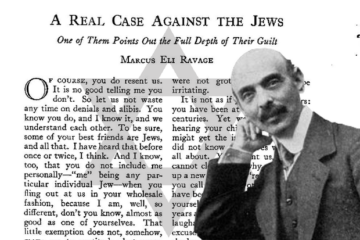 In 1928, Marcus Ravage, a Jewish Rothschild biographer wrote an essay entitled, “The Real Case Against the Jews.”
“You have not begun to appreciate the real depth of our guilt. We are intruders. We are disturbers. We are subverters. We have taken your natural world, your ideals, your destiny, and played havoc with them. We have been at the bottom not merely of the latest great war but of nearly all your wars, not only of the Russian but of every other major revolution in your history. We have brought discord and confusion and frustration into your personal and public life. We are still doing it. No one can tell how long we shall go on doing it.”

(THE CENTURY MAGAZINE, JANUARY 1928, Vol. 115, No. 3, pp. 346-350.)
In The Controversy of Zion, Douglas Reed writes, “the Protocols [of the Elders of Zion] elevate the theory of destruction to this status of “a fundamental truth, a primary or basic law, a governing law of conduct’…In many passages the Protocols appear, at first sight,  to recommend destruction as a thing virtuous in itself, and consequently justifying all the methods explicitly recommended to promote it (bribery, blackmail, corruption, subversion, sedition, mob incitement, terror, and violence) which thus become virtuous too.” (p. 211)
Think Antifa & BLM.

Most Jews (and liberals/leftists in general) are unaware of this cabalistic plot. They have been duped by spurious appeals to ideals of “social justice” and “equality.”

WHY THE KABBALAH IS SATANIC

Kabbalists Trump and his dad )The Kabbalah says God is unknowable and has no form. This is Satanism. You cannot obey God if you cannot know Him.
“To the Cabalist, God is an infinite Sea of Being (En Sof) without any limit; hence without any qualities, without desire or will of any kind. He is totally incomprehensible. ” (Jacob Angus, The Meaning of Jewish History (1963) p. 286.
In fact, God is perfection, the form necessary for human evolution. Be ye therefore perfect as your Father in heaven is perfect. (Mathew 5-48)
True religion assumes God is present in the human soul. Obeying this voice, conscience is what makes us human.
Anyone who denies the existence of God is a Satanist, not an atheist.
The Cabala is satanic because it says evil is part of God: “God has two sides; [both] are essentially one thing; what we experience as evil is as Divine as what we experience as good.” 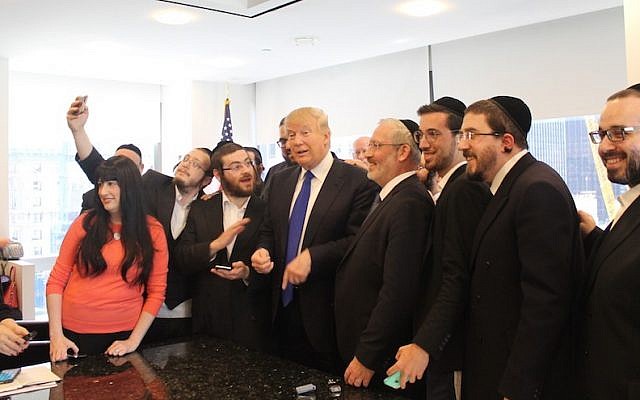 “Many texts in the Kabbalah, including the Zohar, say that the task is not to destroy evil but to return it to its source — to “include the left within the right,” in the Zoharic metaphor, “to uplift the fallen sparks” in the Lurianic one. In Chabad Hasidism, it is stated that evil exists as part of the Divine revelation itself. Indeed, to think that evil really is separate from God is, itself, the essence of evil, which is precisely the illusion of separation.”

“Letting go of the reality of separate evil, and really accepting that the sitra achra [impurity, occult, evil] is a side of Divinity, is easy on paper and very difficult in reality. … Still, to the extent it is possible to do so, the notion is indeed life-changing. Everything is a flavor of Divinity.”

Cabalists also believe in “redemption through sin” i.e. deliberately flaunting the Old Law by doing evil (adultery, incest, pedophilia.) The destruction of civilization (i.e. chaos)  will provoke the return of the Messiah (the anti-Christ) who will rebuild the world according to Kabbalist specifications, with the Illuminati bankers playing God.

This is all Satanism. God is inherently good. In a true religion, you do not obey God by doing evil, or by pretending evil is part of God.
GASLIGHTINGThe mass media is responsible for spreading this coronahoax. Therefore it is significant that in April a senior CBC reporter Don Pittis actually referenced this satanic dogma:   “COVID-19 may be the catalyst — not the cause — of a painful but useful economic transformation. Retailers go broke, property and oil fall but maybe the economic pain will speed beneficial changes.”
“According to the theory of creative destruction derived by Austrian economist Joseph Schumpeter in 1942 from ideas proposed by Karl Marx, economic and technological progress demands that businesses must die and industries and paradigms must be swept away to make room for new ones.”

Karl Marx, the father of Communism, was a Cabalist and a Satanist.  “Creative destruction” is the same satanist rationale they use for starting devastating wars. Clearly the hidden agenda behind the #scamdemic is social and economic change. Thanks to Satanists controlling the banking system, society is under relentless satanic attack, and is satanically possessed.
“Creative Destruction” explains why humanity is cursed by never-ending catastrophes. These are engineered by the Illuminati to attack and destroy anything that smacks of the healthy divine order — spiritual or natural. They must destroy the old order before they can install their satanist tyranny.  This behind the current #scamdemic. (Makow- Satanism Explained)

Call it illuminism, secularism, Luciferianism, humanism, paganism or the occult: It’s all Kabbalah. 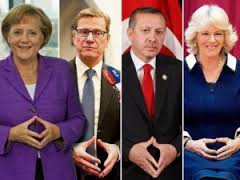 Modern Western civilization has no moral legitimacy (and no future) because it is based on a rebellion against God, who represents the path of our spiritual development.

Humanity had been hijacked by psychopaths intent on destroying the “old order” and building a bizarre, solipsistic, violent, depraved dystopia in its place.

These psychopaths control our government’s credit and mass media. Thus, they are able to purchase our leaders and dupe society into embracing its own downfall. 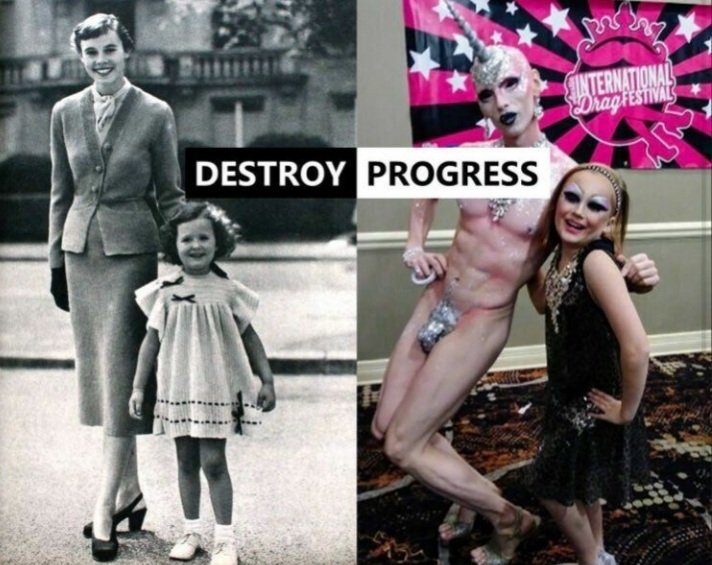