AI- The Plan to Invade Humanity

“Cyrus Parsa claims that with the interface and operating system constructed inside the body by virtue of the “vaccine”, the soul is removed and a vacuum left, which facilitates an alien-demonic entity to be downloaded into the body, which it then controls.“

(Disclaimer – Pablo is a longtime associate. This material is above my pay grade but i post because it is also the most interesting information I have come across today. I invite more knowledgeable readers to weight in.)

Having worked in different aspects of law enforcement and intelligence for 47 years, I can state unequivocally that this campaign is unnatural and inhumanly so, in that not a single whistle blower or defector, out of approx 3 or 4 thousand people at a minimum estimate, that have intimate and detailed inside knowledge, has come forward with the inside narrative concerning the ostensible genocide, being carried out in almost every country in the world. i.e. where so called vaccination programs have taken place.

This is beyond cognitive dissonance, Stockholm syndrome, programming, hypnosis, other forms of mind control and propaganda / deception / influence ops, bribery & corruption and other effects of plain fear and psychoses.

A money trail is apparent but that is not proof of what ostensibly is intentional genocide. Nor is speculating about eugenics and depopulation or genocide penned in books by some of the genocidal architects, only circumstantial evidence which alone would not even make a charge, let alone get to court.

Not a single insider defector. Nothing has ever been kept that secret without defectors in world history … so I look at the occult and theological. Certainly, there is circumstantial, photographic evidence of satanism, most notably Britain’s preeminent banking family. 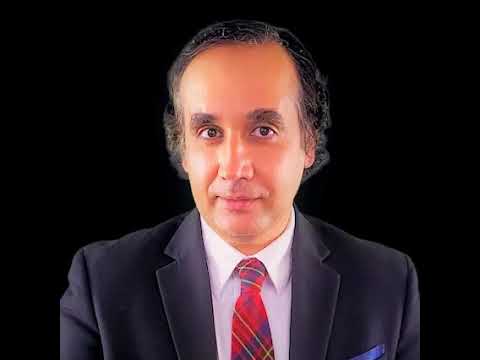 So now I am looking into Cyrus Parsa’s claims – alien-demonic. Normally that would be considered off the wall or barking mad, but the insanity taking place within officialdom, especially demonstrated by B2 (bloated buffoon – Boris Johnson) and the Cadaver-in-Chief (dribbling Joe Biden), it might be more than commensurate.

Cyrus Parsa, left, holds firmly that the vaccine nano tech replicates and gets inside almost every cell in the body, takes over and then eliminates in its original form a part of the brain which in the natural human brain area , is in some theological circles attributed to be the primary area made in God’s image in the human body. He then claims that with the interface and operating system constructed inside the body by virtue of the “vaccine”, the soul is removed and a vacuum left, which facilitates an alien-demonic entity to be downloaded into the body, which it then controls. Some Quantum physics is involved as is indicted in his court-filed case.
Certainly, that would explain why rank & file police and armed forces are getting injected under coercion. At first, I puzzled over how they will enforce the entire program with so many police and military decimated with adverse effects, But if they are to run as a form of externally-controlled bio-machine, normal moral constraints will not apply. Moreover, under full martial law, executions on the spot, carried out by police *, can take place within minutes on flimsy charges and a hearing ‘trial’ carried out by a checkpoint subaltern, then Parsa’s theory holds water.

Interesting times, if shockingly evil, and especially now in Australia and Canada.

*  In war or under full martial law, police will be armed with smgs and carry out such terrible things; at least this was informed to us by two training sergeants back in 1975 in a police cadet class that I was in. I’ve not heard of the topic since, but know how ruthless all politicians can be.
——————-
Related –  Parsa’s Law Suit Against Google

First Comment from Edward G
In Pablo’s write up, he is right about Ai and Vaccine mucking around with the SOUL. Just to be clear, the SOUL is the human-mind part that most consider to be the ‘reincarnating SPIRIT’.

They are two distinct parts of all sentient (living) beings-organisms. As has been written of by ancient philosophers-mystics our SOUL-SPIRIT is ours alone and no one can ‘abscond’ with it. YES, they can try to control it, muck around with it, but not replace it.

What has been made clear by the ‘ancients of days’ is situations that can arrive at ‘humans having their SOUL hijacked’. Thus, Pablo saying the vaccine placing some Ai in the body to hijack in bang on. In modern times this is not so new given so many stories of ‘aliens, demonic entities, elementals etc’ controlling a person.

Weird as it may sound, when studying writings and data from 1800s and before, we understand that there are today many humans walking around that are ‘soul-less’. Meaning, not that their higher self, SPIRIT, is gone, BUT that their SPIRIT has given up trying (at least in this life or round) to awaken-enlighten the SOUL; such that the connection has been severed and the human wanders around in a unconscious state.

This a big part of the reason that so many become what we can call sheeple, unconscious, lemmings taking the vaccine and not (incapable) of thinking for themselves.

Their soul is already absent and thus the person is ripe for the insertion of a demonic Ai that will control them. After all the goal of New World Order to bring in full Satanic Communism and they need the masses to be brain dead. No free thoughts, no rational thinking, no logic, just mindless conceding to the Powers that Be.

Become and stay connected with GOD=OM as truth and we can find that regardless of what happens, we will maintain our SOUL-SPIRIT connection and be ready for a next life, somewhere in our solar system, not necessarily on Earth or in this dimension.
…