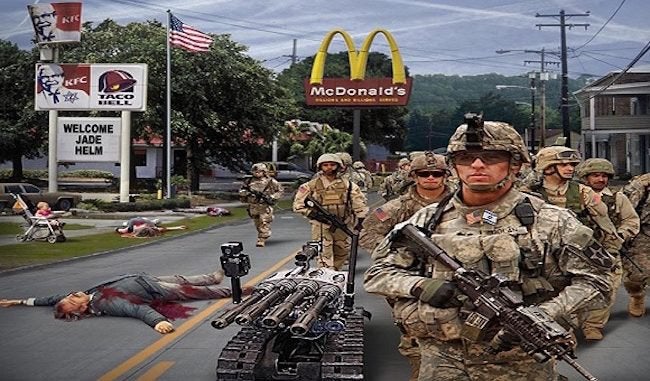 At some point, the governing criminals will come after all those not willing to be injected, and will make living very difficult for all of us… This could become a very dangerous country in a short amount of time for people demanding freedom.

Our whole practical government is grounded in mob psychology and the Boobus Americanus will follow any command that promises to make him safer.”

The final push toward a totalitarian state is upon us, and an all-out assault on society seems imminent.

With most of the population still going along with these scams, still obeying every order, and still unable to muster any courage…, what are those of us that are informed and willing to defy ‘authority’ to do?

What is coming will be a combination of extreme propaganda, fear-mongering, false flag attacks, fake ‘virus’ attacks, a deadly flu season due to ‘vaccination,’ more ‘vaccine’ mandates, and power and water grid shutdowns, creating an environment to allow for full or partial martial law.

This will set the stage to reinstate lockdowns, quarantines, and isolation, to advance bogus ‘climate change’ agendas, and to create a regulatory climate so restrictive as to mirror that of a total dictatorial state.

First and foremost, the ‘variant’ threat will be easily advanced because many more will likely die this fall and winter… due to widespread immune system failures because of…millions of poisonous injections…

Deaths… will still be blamed on a ‘virus’ or ‘variant’ that does not exist, and this tactic will allow the purposeful spreading of extreme fear.

This government… will then go after the children by planned injection of the toxic ‘Covid vaccine throughout the … indoctrination centers called ‘public’ schools. This will begin with children 12 and older, and… will be targeting every child down to babies and infants with this deadly concoction.

With more death and sickness, new and more severe lockdowns will be attempted…

This plot will be enhanced due to planned cyber attacks that are ‘expected’ to shut down power and water grids across the nation. These so-called attacks will certainly be false flag terror against the masses, and could easily cause civil unrest, violence, and extreme aggression by the state in response to any dissent. 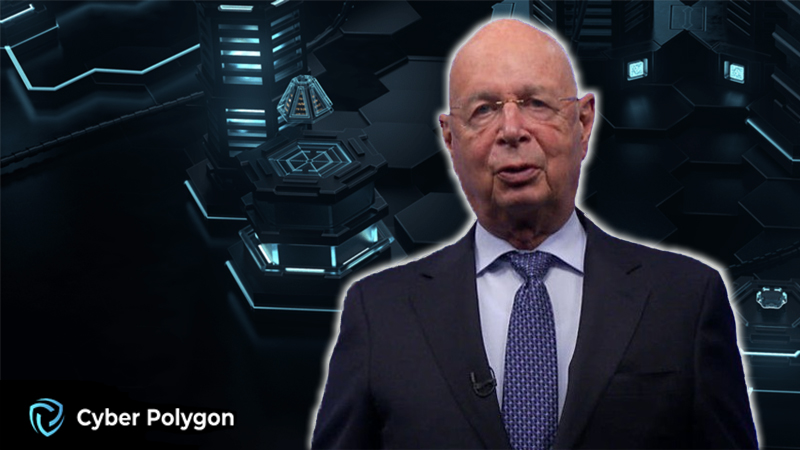 Simulations have been greatly intensified this year, and will culminate with the World Economic Forum’s Cyber Polygon simulation on July 9th, just one week from today.

As the year progresses, more division will occur in an us-versus-them situation, pitting ‘vaccinated’ against those unvaccinated. …

At some point, the governing criminals will come after all those not willing to be injected, and will make living very difficult for all of us…

Don’t forget about the fictitious manmade ‘climate change’ agenda, as it looks like the drive toward radical policy decisions based on climate are already in the works.

This is very troubling, as it adds another dangerous level of tyranny to a society already consumed by dictatorial madness. It could easily be used to force more quarantines, travel bans, and allocation of utility services, that are all virtually controlled by this government and its partners.

What comes with this agenda is mass restriction of life-giving water and power, the decimation of food production and distribution, supply line shutdowns, and unstoppable runaway inflation, especially concerning the most vital needs of this citizenry. When food becomes so scarce that many are starving, total chaos will ensue.

Economically speaking, any or all of these things happening will disrupt all economic activity for the masses, but will be used by the claimed ‘elite’ ruling class to continue to steal the wealth from all of you, just as has happened over the past year and a half.

This has been the biggest wealth transfer in history, and it is not over yet. The powerful that are destroying the lives of billions, are continuing to live like kings while claiming ownership of all money and property. The goal of course, is for you to own nothing and be happy about it.

…The more that refuse to accept this totalitarian domination, the better, as time has run out, but if a very large number of excess deaths occur this fall and winter as I expect, the wheels of tyranny will turn faster and faster in an attempt to finish this long-planned coup to capture and control the bodies and minds of humanity.

At that point, we will have already lost, especially those living in the highest population areas such as cities.

I realize all this sounds far-fetched to most, but then most have no idea of what is coming. We are not in Kansas anymore.

They are going after the children

Fauci optimistic about vaccinating all kids

Children are the test animals of the elite

People have no idea what is coming