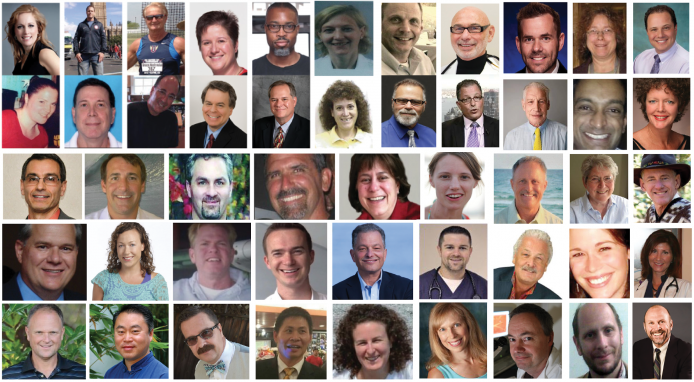 At lease some of the demons below are already in Hell for eternity. They are murderer’s liars and children of Satan.

6 Billion People Humans To Be Killed By The Elite – NWO Depopulation Agenda – Holistic Doctors Who Died Mysteriously Exposed The Dangers of Vaccines and Cures For Cancer: https://rumble.com/embed/vgi7g5/?pub=jqf7z#?secret=W48FNIQ32N Back in 2015 reports of the suspicious deaths of holistic doctors who exposed the many deadly dangers of vaccines and the correlation to austim began. The mysterious deaths of holistic doctors continue, without any mainstream media reporting, as many of the deaths have “plausible deniability”, which is the top facet of all mass media manipulation and deception. Since 2015, there has been a major campaign to disprove all of these deaths as “conspiracy theories.” I knew back then that these holistic doctors were killed to silence their voices regarding the dangers of vaccines and the increasing rise of autism. But there may have been another reason. Once the COVID-19 “scamdemic” was launched these doctors would have been screaming at the top of their voices. Many physicians who survive have screamed about the dangers of the COVID-19 mRNA injections, like Dr. Joseph Mercola and Dr. Sherri Tenpenny. These physicians have a huge following. The doctors who died “mysteriously” were not nearly as well known, but all had influence and would have trumpeted the dangers of the mRNA vaccines creating a large chorus. Could that be why there was a barrage of mysterious holistic doctor deaths over the course of a few short years? Very possible. Also: JFK’S 1961 Prophecy EXPOSES Obama, Hillary, Pope Francis, and the NWO. Must Watch Video As I have mentioned many times, the world has been engaged in a silent war waged by the global elite fought with quiet weapons since 1954. The COVID-19 scamdemic is the culmination of the elite’s 63 year plan to reduce the world population to 500,000,000. We are in the ‘end phase’ of their clandestine depopulation agenda that is hidden in plain sight for all to see, read and hear. The elite talk about it and they write about it. These facts cannot be denied. https://rumble.com/embed/vdike7/?pub=jqf7z#?secret=Hg7Y0lch98 30 Population Control Quotes That Show That The Elite Truly Believe That Humans Are A Plague Upon The Earth  The following are 30 population control quotes which show that the elite truly believe that humans are a plague upon the earth and that a great culling is necessary… 1. UK Television Presenter Sir David Attenborough:

“We are a plague on the Earth. It’s coming home to roost over the next 50 years or so. It’s not just climate change; it’s sheer space, places to grow food for this enormous horde. Either we limit our population growth or the natural world will do it for us, and the natural world is doing it for us right now”

2. Paul Ehrlich, a former science adviser to president George W. Bush and the author of “The Population Bomb”:

“To our minds, the fundamental cure, reducing the scale of the human enterprise (including the size of the population) to keep its aggregate consumption within the carrying capacity of Earth is obvious but too much neglected or denied”

3. Paul Ehrlich again, this time on the size of families: “Nobody, in my view, has the right to have 12 children or even three unless the second pregnancy is twins”

“We humans have become a disease, the Humanpox.”

“A total world population of 250-300 million people, a 95% decline from present levels, would be ideal.”

“You cannot sleep well when you think it’s all paid by the government. This won’t be solved unless you let them hurry up and die.”

“The negative impact of population growth on all of our planetary ecosystems is becoming appallingly evident.”

Also: How To Defeat The New World Order – Wake Up People!

“On a finite planet, the optimum population providing the best quality of life for all, is clearly much smaller than the maximum, permitting bare survival. The more we are, the less for each; fewer people mean better lives.”

“The real trick is, in terms of trying to level off at someplace lower than that 9 billion, is to get the birthrates in the developing countries to drop as fast as we can. And that will determine the level at which humans will level off on earth.”

“The only known solution to ecological overshoot is to decelerate our population growth faster than it’s decelerating now and eventually reverse it—at the same time we slow and eventually reverse the rate at which we consume the planet’s resources. Success in these twin endeavors will crack our most pressing global issues: climate change, food scarcity, water supplies, immigration, health care, biodiversity loss, even war.

On one front, we’ve already made unprecedented strides, reducing global fertility from an average 4.92 children per woman in 1950 to 2.56 today—an accomplishment of trial and sometimes brutally coercive error, but also a result of one woman at a time making her individual choices. The speed of this childbearing revolution, swimming hard against biological programming, rates as perhaps our greatest collective feat to date.”

“Ending human population growth is almost certainly a necessary (but not sufficient) condition for preventing catastrophic global climate change. Indeed, significantly reducing current human numbers may be necessary in order to do so.“

13. Professor of Biology at the University of Texas at Austin Eric R. Pianka:

“I do not bear any ill will toward people. However, I am convinced that the world, including all humanity, WOULD clearly be much better off without so many of us.”

“Since the national attention is on birth control, here’s my idea: If we want to fight poverty, reduce violent crime and bring down our embarrassing drop-out rate, we should swap contraceptives for fluoride in Michigan’s drinking water.We’ve got a baby problem in Michigan. Too many babies are born to immature parents who don’t have the skills to raise them, too many are delivered by poor women who can’t afford them, and too many are fathered by sorry layabouts who spread their seed like dandelions and then wander away from the consequences.”

“The effect on the planet of having one child less is an order of magnitude greater than all these other things we might do, such as switching off lights. An extra child is the equivalent of a lot of flights across the planet.”

“WE need death panels. Well, maybe not death panels, exactly, but unless we start allocating health care resources more prudently — rationing, by its proper name — the exploding cost of Medicare will swamp the federal budget.”

17. Matthew Yglesias, a business and economics correspondent for Slate, in an article entitled “The Case for Death Panels, in One Chart”:

“But not only is this health care spending on the elderly the key issue in the federal budget, our disproportionate allocation of health care dollars to old people surely accounts for the remarkable lack of apparent cost effectiveness of the American health care system. When the patient is already over 80, the simple fact of the matter is that no amount of treatment is going to work miracles in terms of life expectancy or quality of life.”

“Frankly I had thought that at the time Roe was decided, there was concern about population growth and particularly growth in populations that we don’t want to have too many of.”

“The most merciful thing that the large family does to one of its infant members is to kill it.”

21. Salon columnist Mary Elizabeth Williams in an article entitled “So What If Abortion Ends Life?”:

“All life is not equal. That’s a difficult thing for liberals like me to talk about, lest we wind up looking like death-panel-loving, kill-your-grandma-and-your-precious-baby storm troopers. Yet a fetus can be a human life without having the same rights as the woman in whose body it resides.”

22. Alberto Giubilini of Monash University in Melbourne, Australia and Francesca Minerva of the University of Melbourne in a paper published in the Journal of Medical Ethics:

“[W]hen circumstances occur after birth such that they would have justified abortion, what we call after-birth abortion should be permissible. … [W]e propose to call this practice ‘after-birth abortion’, rather than ‘infanticide,’ to emphasize that the moral status of the individual killed is comparable with that of a fetus … rather than to that of a child.Therefore, we claim that killing a newborn could be ethically permissible in all the circumstances where abortion would be. Such circumstances include cases where the newborn has the potential to have an (at least) acceptable life, but the well-being of the family is at risk.”

“We need to continue to decrease the growth rate of the global population; the planet can’t support many more people.”

“A program of sterilizing women after their second or third child, despite the relatively greater difficulty of the operation than vasectomy, might be easier to implement than trying to sterilize men.

The development of a long-term sterilizing capsule that could be implanted under the skin and removed when pregnancy is desired opens additional possibilities for coercive fertility control. The capsule could be implanted at puberty and might be removable, with official permission, for a limited number of births.”

25. David Brower, the first Executive Director of the Sierra Club:

“Childbearing [should be] a punishable crime against society, unless the parents hold a government license … All potential parents [should be] required to use contraceptive chemicals, the government issuing antidotes to citizens chosen for childbearing.”

26. Thomas Ferguson, former official in the U.S. State Department Office of Population Affairs: “There is a single theme behind all our work–we must reduce population levels. Either governments do it our way, through nice clean methods, or they will get the kinds of mess that we have in El Salvador, or in Iran or in Beirut. Population is a political problem. Once population is out of control, it requires authoritarian government, even fascism, to reduce it…”

“In order to stabilize world population, we must eliminate 350,000 people per day. It is a horrible thing to say, but it is just as bad not to say it.”

“If there were a button I could press, I would sacrifice myself without hesitating if it meant millions of people would die”

“In the event that I am reincarnated, I would like to return as a deadly virus, in order to contribute something to solve overpopulation.”

There is so much more that could be said about all of this. . .  So what do you think about all of this? Do you agree or disagree with the sick population control agenda of the global elite? Please feel free to post a comment with your thoughts below… You Won’t Believe What’s NEXT?  David Icke Reveals All. . .Watch the video below: https://rumble.com/embed/vf6fhj/?pub=jqf7z#?secret=RT9UlrJHfs Source: https://amg-news.com/archives/13481