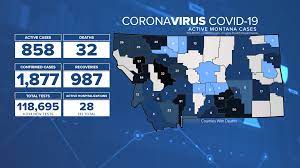 “‘They’ (the controlling state organized crime cartels) are coming after all of us not ‘vaccinated,’ and by giving some temporary freedom to the masses of compliant slaves, and then taking it away, they will breed much more hatred for all those that refuse to bow to the state.”
“After this premeditated short summer calm, planned chaos will once again rear its ugly head.”Is This Calm Before the Storm Meant To Create a War Against Dissenters and the ‘Unvaccinated’? Absolutely!

While Montana has not been nearly as absurd as California, Oregon, New York, Colorado, and others, certain cities have remained since the beginning of this ‘pandemic’ farce, locked down and controlled by the local political scum in such a manner as to be reminiscent of totalitarian regimes.
The city of Bozeman has been one of those places, at least until just very recently. It has been for a year or more a place of extreme shutdowns, draconian rules and enforcement, horrible restrictions, and full masking everywhere. That just changed nearly overnight…
When I arrived in Bozeman recently, I could barely find anyone that was wearing a mask, as the streets were full of people; shoppers, revelers, groups partying, and moving about as though no ‘virus’ scam had ever occurred.

Crowds were congregated in large groups shoulder to shoulder; touching, talking, hugging, and seemingly acting normal, but was it normal?
This was an instant change, but what was unexplained was the general reaction by all these people at once that had been acting so afraid, and had been totally compliant for so long.
This was said to be a horribly contagious ‘virus’ that was deadly, life threatening, and would sicken and kill millions, all according to the state perpetrators of this fraud.
If almost 100% of these people were wearing a mask the day before, how could all of them suddenly be mask less so quickly, if there were any belief whatsoever that a dangerous ‘virus’ had ever existed?
Was it magic? Did the government find a universal cure overnight, and therefore all became instantly safe? Did the ‘virus’ take a holiday as well, or did the state’s poisonous injection cure the country entirely?…
Sporting stadiums all around the country are filling up, with even California opening up baseball stadiums to full mask less capacity this coming month. L.A. and San Francisco open up in the next few weeks.
Concerts are being performed with no restrictions nationwide, with many thousands of people concentrated together for music shows. Popular venues with large crowds are now being allowed, as the proletariat is being appeased with their bread and circuses. 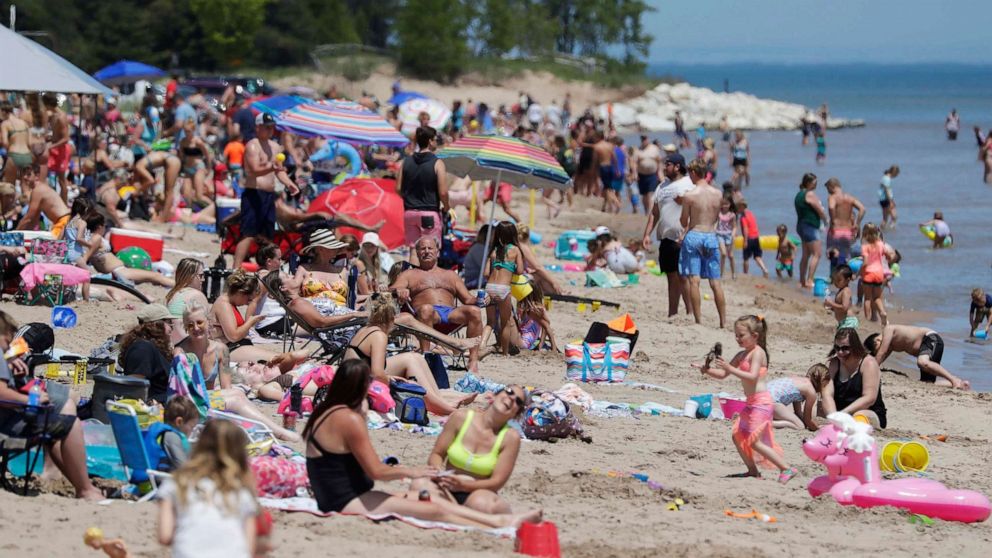 Cities everywhere are full of people having fun, all with no worries about some imaginary killer virus. What the hell is going on? If these people really had any fear whatsoever of a ‘killer virus,’ would they be out amongst the crowds? So why have they agreed to total submission for so long, if they are willing to abandon all precautions overnight.?
One CNN article should explain this phenomenon:
“Un-vaccinated people are still at risk as the US celebrates Memorial Weekend mask less”
And while glimpses of normalcy are exciting to see, one health expert is warning that the millions of people who have not been vaccinated may pose high risks to each other.
“Dr. Leana Wen, a CNN medical analyst, said people who are fully vaccinated and are generally healthy “should feel very well protected.”

But she offered a more critical insight on those who are not.
“Those who remain at risk are those who are un-vaccinated,” Wen told CNN on Saturday. “And that includes children who are not yet eligible to be vaccinated as well as adults who just have not been vaccinated yet.”
This is a specifically planned situation meant to prepare all the sheep for what is coming. The implication here is that every single person that gets all the ‘vaccines’ required has no risk of getting the mysterious, non-existent, and never identified ‘Covid-19, and that only the un-vaccinated are at risk.
This [despite the] open admission by the CDC itself that this toxic concoction called a ‘vaccine’ cannot prevent or stop any spread of any virus.
Beware of these monsters and their plans to inoculate with mind and body altering, gene changing, and nano-particle insertion of metals and operating systems.
Beware of hidden sterilization, RNA/DNA changing, and depopulation efforts through injection of experimental contaminants.
The new slogan from New York’s corrupt, criminal, and evil De Blasio is “G0, get vaccinated, hit the beach.  Real simple.”
This is so obvious a plot as to border on the absurd, but it is based on the premise that Americans are so stupid as to be unable to see what is really happening, and sadly, that is likely the case.
‘They’ (the controlling state organized crime cartels) are coming after all of us not ‘vaccinated,’ and by giving some temporary freedom to the masses of compliant slaves, and then taking it away, they will breed much more hatred for all those that refuse to bow to the state.
This will cause civil unrest, violence, and a societal backlash against those intelligent and courageous enough to ignore all state orders and demands. Any and all reports of ‘virus’ variants; variants that cannot exist because no Covid virus exists, will be blamed on the disobedient minority.
This will soon become a very dangerous situation, and after this premeditated short summer calm, planned chaos will once again rear its ugly head.

Remember, this has all happened in just a few days, as the spigot of fear has been purposely turned off almost nationwide by the political system through extreme mainstream media saturation. How could this be? How could any thinking individual not see through this scam?
Do not get used to this calm, for it will be short-lived. By fall, things will change dramatically, and civil unrest will greatly increase. New and more aggressive measures concerning made-up variant risks will occur.
More lock downs, masks, and isolation will return. Much increased sickness and death due to the state’s fatal injections will be falsely blamed on new ‘virus’ strains, and the un-vaccinated will be wrongly targeted. The governing felons will come with lies and force to finish the next and final phase of this takeover; and hell will come with them!——–“The supreme trick of mass insanity is that it persuades you that the only abnormal person is the one who refuses to join in the madness of others, the one who tries vainly to resist. We will never understand totalitarianism if we do not understand that people rarely have the strength to be uncommon.”
~ Eugene Ionesco

I personally say, bring it on morons. You forgot to take the guns or bullets.